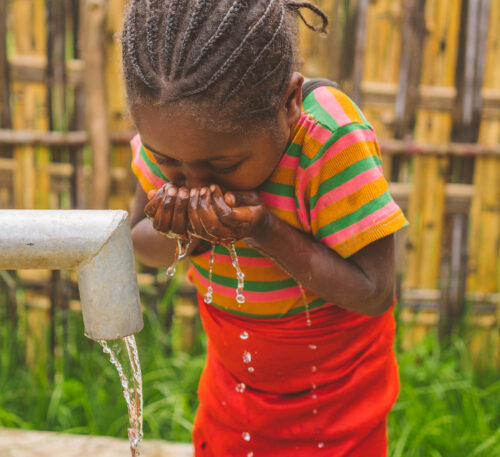 As the state works toward sharply lowering its limit on arsenic in drinking water by mid-2021, recent testing data shows dozens of public water systems will likely be out of compliance with that new standard.

New Hampshire is only the second state, after New Jersey, where lawmakers have approved a lower arsenic standard of 5 parts per billion. That’s half of the current federal default of 10 ppb.

Arsenic exposure has long been linked to bladder, lung and skin cancer, and more recent science shows it can also elevate risks of cardiovascular, developmental and birth problems.

Paul Susca of the drinking water bureau at the state Department of Environmental Services says this is a big reason that regulators and legislators sought to lower the state’s arsenic limit.

“The current federal standard of 10 [ppb] is just not sufficiently protective of public health – that was our finding,” Susca says.

Sampling data between 2015 and 2017, newly analyzed in the nonprofit Environmental Working Group’s Tap Water Database, showed around 70 New Hampshire water systems with arsenic levels above 5 ppb, which would put them out of compliance with the new standard.

They include the water utilities for Rollinsford, Colebrook and Epping, each of which serves more than 1,000 customers. Those systems did not immediately respond to requests for comment.

(Scroll down to search for your utility in the 2015 to 2017 testing results analyzed by EWG.)

Sampling data showed around 70 New Hampshire water systems with arsenic levels above 5 ppb, which would put them out of compliance with the new standard.

Susca says more recent sampling this year and last puts even more systems in the new noncompliant range – at least 120 total. That’s on top of nearly 200 that already have to treat for arsenic under the current higher standard.

Susca says regulators began this month to plan the rulemaking process for lowering the arsenic limit, in hopes of finalizing it by next spring and implementing it by July 2021.

As part of that, he says officials are reaching out to potentially affected water systems about how they’ll reduce their arsenic levels when the new limit takes effect.

“For those that are already treating, mostly it will involve just changing the [arsenic-absorbing] treatment medium more frequently,” Susca says. “And that can be pretty costly.”

A 2018 state report estimated that compliance with a 5 ppb standard would cost all public water systems a total of just under a million dollars. The report said small systems, especially those serving fewer than 1,000 people, would likely incur the greatest costs.

“We’re going to be encouraging systems to be proactive about this,” Susca says.

A 2014 Dartmouth study found that nearly 40,000 New Hampshire households, or more than 90,000 residents, were drinking private well water with an arsenic level above 5 ppb.

New Hampshire has high levels of naturally occurring arsenic in its groundwater due to the makeup of its bedrock, especially in the Southeastern part of the state.

Research says this may be one reason the state has some of the highest cancer rates in the country. A UNH study cited in DES’s 2018 analysis says halving the state’s arsenic standard would help avoid dozens of cancer cases.

The standard will not apply to private wells, which aren’t subject to testing requirements. But Susca says an estimated 30 percent of private well water supplies contain arsenic above 5 ppb – so he says those well users are also encouraged to comply with the new law.

A 2014 Dartmouth study found that nearly 40,000 New Hampshire households, or more than 90,000 residents, were drinking private well water with an arsenic level above 5 ppb.

The arsenic change will come on the heels of a more controversial drinking water reform – the introduction of four, strict new limits on PFAS chemicals.

These and the arsenic standard are some of the only enforceable drinking water limits where the state has split from federal regulations.

But Susca says the PFAS standards are different, in part, because they aren’t already subject to any testing or treatment requirements – unlike arsenic. That means systems found to have elevated levels of PFAS will more likely have to make new investments.

The PFAS standards have been in effect less than a month, meaning systems are just beginning the testing to see if their average PFAS levels will be elevated over the next year.

Those standards are already being challenged in court. Critics have cited, in part, the detailed cost-benefit analysis performed in 2018 for the new arsenic standard. They say a similar study should have been used to justify the new PFAS rules.

The state has argued that’s not required. It also would have been far more challenging for PFAS, where the science is newer and less settled than it is for arsenic.